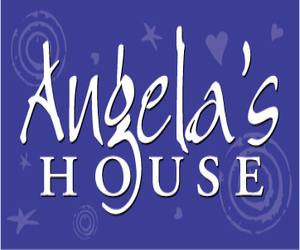 On August 30, 1989, Bob and Angie Policastro’s daughter, Angela, was born. She had suffered severe brain damage during birth leaving her very medically frail, requiring nursing care.
The Policastros received tremendous support while in hospital but they realized there were few services available to help them if they were to leave. The few services that were available were very fragmented and difficult to coordinate.
The daunting task of home care seemed overwhelming, especially without an agency available to coordinate the services needed to support Angela at home. They also learned that there were no local specialized homes or facility available that could care for her. The nearest facilities were hours from their home. These voids in the system made a horrifying situation even worse.
The Policastros sought placement for Angela in a specialty hospital they found in Connecticut. The Policastros learned this beautiful facility had the ability to offer their daughter the therapeutic, nursing and potential long-term care she required. The best part of this facility was the loving environment Angela was embraced with.
The overall lack of services locally put additional emotional and physical strains on the Policastros, as they would travel to Connecticut over 2 hours away to spend time with their daughter. Angela succumbed to her frail state and passed away shortly after her first birthday.
Faced with their personal tragedy, which was made worse by the many voids in the system, the Policastros committed themselves to improving the lives of medically frail children and their families.
Since the birth of his daughter, Bob Policastro has been a voice to address the problems and needs facing medically fragile children and their families. He never forgot the voids in the system that impacted his family. Bob has many special children in memory along with their families that have touched his heart. He pushed forward with advocacy and educational efforts to promote a greater knowledge and understanding of medically frail children and their needs.
In 1992, the non for profit Angela’s House, was created to offer families and professionals an agency to call to help medically frail children and their families. Angela’s House has helped to simplify home care options for families by coordinating the extensive array of services needed to support medically frail children at home.
ADVERTISEMENTS

Welcome to Hauppauge-Smithtown Macaroni Kid! I am local mom, an educator, and the publisher of Hauppauge-Smithtown Macaroni Kid. It is our mission to keep you informed about all the events, activities, discounts, deals, and fun in the Hauppauge, Smithtown, Nesconset, Commack, & St. James area. If you don't find what you're looking for, let me know and we'll help you find it!  Peace, Love, & Macaroni ~Veronica